Pacific Bearing supports emerging and established markets through its comprehensive group of brands. Each brand, whether product or company, can be counted on to fulfill the needs of customers requiring linear motion solutions. We manufacture shafting and bearing components that help build and sustain automated machinery in motion. We create actuator systems that solve complex problems in robotics and military industries. We engineer and integrate new possibilities into factories across North America and beyond. And, we aspire to gain your trust.

1980s: Pacific Bearing Company was founded by CEO Robert Schroeder in 1983, created primarily as the sales company for Premac, Inc. That same year, Pacific Bearing was officially incorporated and later merged with Premac, Inc., becoming one company under the Pacific Bearing name. During the 1980s, Pacific Bearing transitioned from a metalworking shop to a bearing manufacturer. This focus led to the invention of the first self-lubricating plain bearing (Simplicity®). 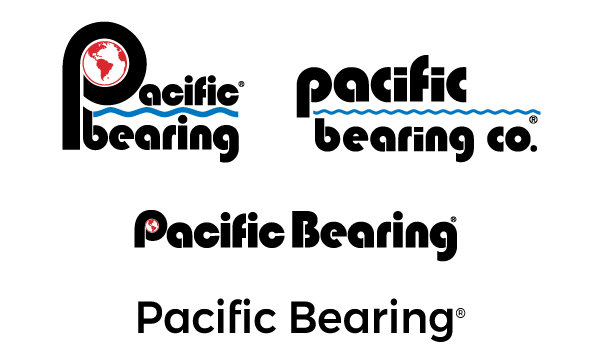 PBC Linear has been a trusted source for the engineering, manufacturing, and assembly of a wide range of linear motion products, along with custom engineering services. Their product line is comprised of a core group of high-performance linear components that includes bearings, shafting, rail assemblies, and cam roller sliders.

They have built upon on this strong foundation with sophisticated products that include lead screws and motor lead screw assemblies, actuators, Cartesian robotics, and mechatronics assemblies. The full line of products can be found in a variety of industries including printing and scanning, automated retail, medical equipment, lab automation, packaging, and military applications.

LEE Linear is a leader in the production of linear motion shafting and components. They provide speed-to-market custom shafting that includes threading, diameter reduction, keyways, flats, plating, and more.

In 2013, Pacific Bearing Company acquired LEE Linear with the goal of bringing their shafting expertise and regional distribution under the umbrella of PBC Linear. Their facilities remained separate until 2018, when a decision was made to combine the functions of both companies at the PBC Linear headquarters in Roscoe, IL. After completion of the new factory addition, production equipment and personnel were migrated to the new consolidated manufacturing hub.

They offer many of the same core products manufactured at the North American headquarters including our signature Simplicity plain bearings, gliding surface technology, roller bearings and guideways, and actuator technology. European customers can expect the same attention to quality and service.

Uni-Guide™ comprises a two-piece plain bearing assembly that is light weight, corrosion resistant, and easily integrates into a wide range of application sizes and environments. Launched 2000.

The two-piece Mini-Rail™ offers a plain bearing assembly that is light weight, corrosion resistant, and compact to fit into a wide range of smaller spaces with corrosive environments. Launched 2003.

Frelon® liners use compounds of PTFE and fillers for superior plain bearing performance, creating a self-lubricating intersection between bearing and shaft. Launched 1999.

FrelonGOLD® is a type of Frelon liner that is standard on all Simplicity plain bearings from PBC Linear, and is compatible with hardened steel, ceramic coated, and stainless steel shafting. Launched 1999.